What is a Workspace?

What is a Team?

Add members to a Team

What is Shared With Me?

Who is my Remesh Workspace Admin?

Collaborate on a Conversation

What is the difference between a Name and a Title?

What order are conversations sorted in the dashboard?

What is the "Purpose" of a Conversation?

Getting Started - Learn How to Moderate

How to program your Discussion Guide

What are Onboarding Polls?

Add images and videos to a Discussion Guide

What is a Segment?

What if the Conversation runs over?

How to be a participant video instructions - market research

How does the quota algorithm work?

How to be a participant video instructions - employee engagement

How to be a Participant Image

How many Moderators are allowed in a Conversation?

Moderate with your Discussion Guide

Analyze the data in realtime

How can I export the data?

What is the Conversation Data CSV?

What is the Conversation Topline PowerPoint?

What is the Participant Data CSV?

How to read visualizations

How to use Filters

What are Common Topics?

How to use Post-Session Analysis

Can Participants see all the responses when the question is over?

What happens when Participants get rejected?

What is the maximum number of participants I can have in my Remesh Conversation?

Can I capture what time a participant joined or left the conversation?

Other Questions, Tips, and Tricks

Limit on number of Poll options

How many votes were cast on an each response?

How is "Total Time Estimated" calculated on the Discussion Guide Excel template?

Can the participants navigate to a link or video outside of Remesh?

Can a participant view images/videos in full screen?

Can Polls have free-text response options?

How can the moderator emphasize a word or phrase?

What is the character limit for responses to open-ended questions?

Can I delete a 'Speak' or image that I sent before the conversation started?

Is there a minimum bandwidth requirement?

How to Request Your Next Sample, Research, or Translation Project

The Hub: Your new home when logging into the Remesh platform.

Updates to the Participant Experience Going Live on April 12th 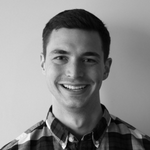 Updated 8 months ago by Robert Schimaneck

Common Topics are the prominent words and phrases that arise in responses in each individual question.  These appear in the live view for each Ask Opinion.  You’ll see the word or phrase classified as the “Common Topic” along with the number of different responses that contain the Common Topic.

How do “Common Topics” work?

Remesh processes the language in participants’ responses before running them through a natural language processing (NLP) algorithm that analyzes term frequencies to estimate their importance. This allows Remesh to surface potentially interesting topics that arise.

What is the actual algorithm that “Common Topics” uses?

So, words that are common in every response, such as “this”, “what”, and “if”, rank low even though they may appear many times, since they don’t mean much in particular. Variations of the algorithm are often used by search engines as a way to rank and score a document’s relevance to a user’s query. In this case, document = a single participant’s response.

How did we do?

What are Onboarding Polls?

What order are conversations sorted in the dashboard?